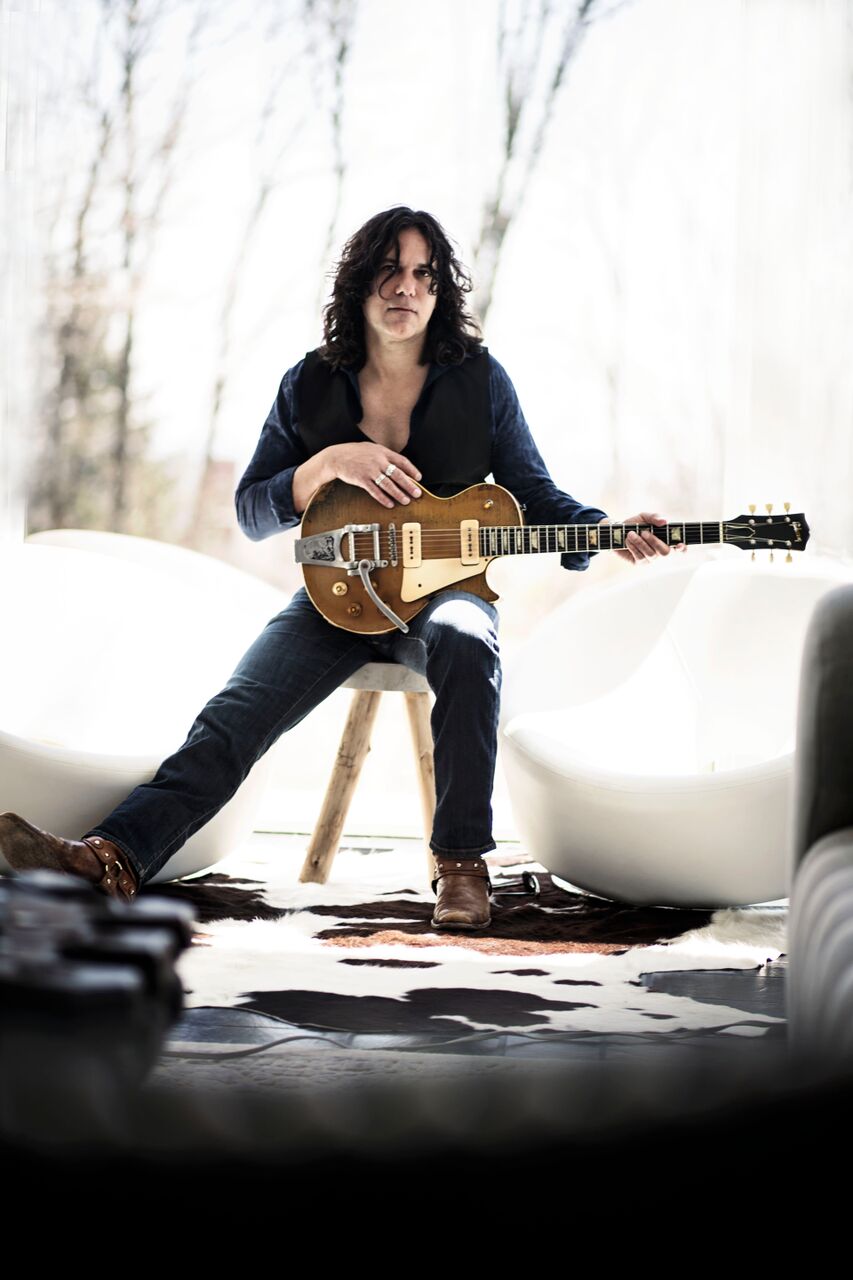 Embarking on a solo career with his own sound and style—and calling his music “blues infused rock & roll with soulful swampy under tones”, ANTHONY KRIZAN is one of the premier songwriters and producers in the New York metropolitan area. He first rose to fame in 1994 as lead guitarist for the commercially successful jamband, the SPIN DOCTORS, however, prior to joining the popular group, he had carved out industry recognition in his own right—having been signed to both POLYGRAM and CHRYSALIS RECORDS. Once he took to the stage in his new role with the Spin Doctors, Krizan got right to work–bringing his electrifying guitar prowess and solid backing vocals to the group. He also wasted no time in lending his superb songwriting skills to the cause, co-writing the band’s third album, which included the theme song for MICHAEL J. FOX’S hit TV show “Spin City”. In fact, five of Krizan’s songs made the Spin Doctors’ “Greatest Hits” collection, including “Miss America”, which was adapted for HOWARD STERN’S book that was released under the same title. Krizan’s time with the Spin Doctors was a whirlwind of activity, which included making appearances on such television shows as DAVID LETTERMAN and JAY LENO. And it was during this time that Krizan added performing with “rock royalty” to his resume…touring with THE ROLLING STONES–as the Spin Doctors opened for the legendary rock band on 15 of their tour dates. Another favorite collaborative appearance was the Spin Doctors performance at the legendary RED ROCKS outdoor concert arena—where they shared the stage for 3 nights with the ALLMAN BROTHERS.

Anthony followed up on these initial successes with two major songs—including the LENNY KRAVITZ classic “Stand By My Woman” from Kravitz’s CD “Mama Said” (Virgin Records), which sold 5 million copies. “Stand By My Woman” was also selected for Lenny Kravitz’s “Greatest Hits” (Virgin), which attained the impressive sales mark of 10 million copies. Krizan also penned the title track for Waite’s “When You Were Mine” (Pure Records)–which was also included on Waite’s “Greatest Hits” album.

Krizan’s rock roots run deep–having performed as a guitarist with NOEL REDDING, bassist of THE JIMI HENDRIX EXPERIENCE for 10 years. Noel Redding and Anthony became great friends, as well as musical partners. The years to follow included a long list of song writing credits on numerous albums, movie sound tracks and television show themes. This includes Krizan co-writing “Dust and Bone” for GRETCHEN WILSON’S “Right On Time”—with the song also being recorded by blues/rock legend PAT TRAVERS. “Dust and Bone” was additionally picked for the second track on Universal country artist TIM HICKS’ album, which opened at #1 on the SoundScan Country Album Charts. These industry endorsements contributed to making “Dust and Bone” the obvious choice for the title track for Anthony’s upcoming debut album.

Krizan is the 2013 recipient of the ASCAP FOUNDATION JAY GORNEY AWARD for the song he co-wrote with CHERYL DAVEIGA, “Home Don’t Feel Like Home”. He is the owner of SONIC BOOM STUDIOS.