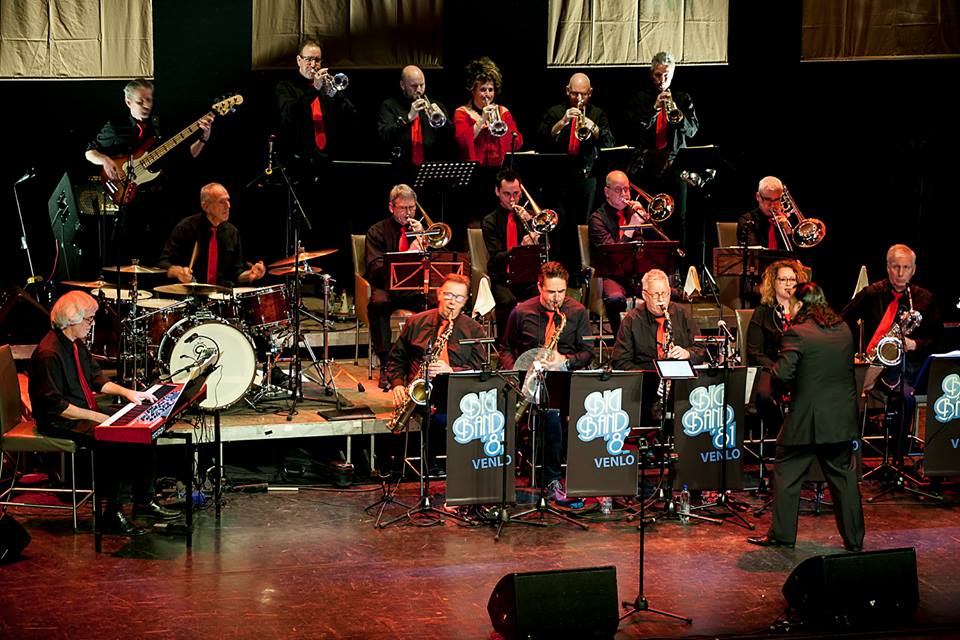 BIG BAND â€™81 is a Dutch orchestra from the province of Limburg in the south of the Netherlands, consisting of musicians from all over the southern region. The band is established in Venlo 19 enthousiastic musicians will make your evening an unforgettable one, with music of the past and the best arrangements created by composers that are known world-wide. The orchestra is a authentic big band consisting of 3 wind sections and a complete rhythmical section. Last but not least the band has a vocal group. Varying from swing to rock and from latin to disco and jazz. This enables BIG BAND â€™81 to perform on a great diversity of occasions. The band regularly performs at business parties, receptions, jubilees and big weddings. You can hire the band as a show orchestra, dressed up in a dinner jacket, or more casually and as a jazz orchestra. Besides of the festive occasions the band also often manages high quality projects, home and abroad, with famous artists like Ack van Rooijen, Klaus Osterloh, John Marshall, Paul Vaes, Ronald Douglas and Pussycat.

Big Band 81 is led by Alex Loiacono. Alex studied for a Masters degree at the prestigious Maastricht Conservatory where he was taught by Harrie Ries as a bass-trombonist. He graduated with top marks in Classical, Baroque trombone and Jazz music. Alex has played with top stars including Lionel Richie, Diana Ross, Marco Borsato, Paul de Leeuw, Anouk, Doe Maar, and Slagerij van Kampen. Alex is not only a conductor, producer and an arranger but above all, he is a true entertainer who delivers captivating, high-energy, memorable live performances.