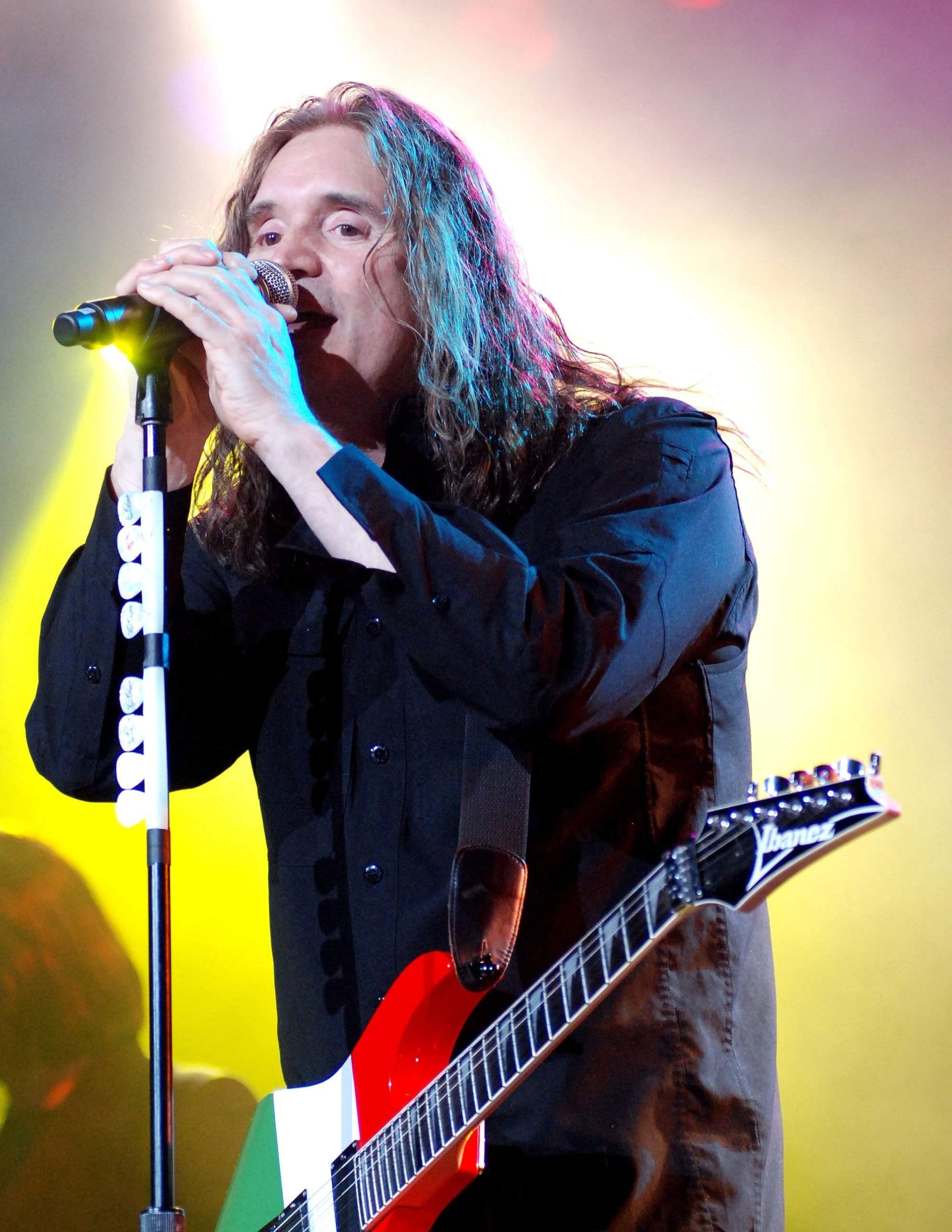 Fran Cosmo was first featured on Boston guitarist Barry Goudreau’s self titled solo album in 1980, a prelude to the formation of Orion the Hunter in 1983. Orion the Hunter released an album in 1984 on Columbia Records, which yielded a hit single “So You Ran”, featuring the sky-high vocals which prompted Cosmo’s entrance to Boston in 1993.    In 1994, Fran Cosmo was featured as the sole lead vocalist on the Multi-Platinum Boston disc Walk On, which reached #7 on the Billboard Charts and produced three hit singles, including “I Need Your Love”, which climbed to #4 Mainstream Rock Chart, in spite of the growing popularity of the Seattle-Driven grunge movement.    Upon Delp’s return to Boston, the two shared vocals in concert, where Delp said Cosmo covered “the really tough high parts.” In 1997, Cosmo was again featured on Boston’s ‘Greatest Hits’ Album, and took an even larger role in the 2002 album Corporate America, with the addition of co-production to his credits as vocalist.

Cosmo was originally formed in the mid 1990’s shortly after Fran’s return from Boston’s highly anticipated 1994 Walk On tour. The group experimented within the realm of Post-Grunge and Brit-Pop which controlled the radio, and it was in this time period that the group recorded several songs which would eventually be released on Boston’s “Corporate America” Album. On January 13, 1999, Tom Scholz, Brad Delp and Fran Cosmo appeared on Rockline Radio to debut two of these songs; concurrently introducing Anthony Cosmo as the newest member of Boston. The new material included an extended version of Cosmo’s “Turn it Off’ (which lacked several guitar and organ solos found in the final cut) and ‘Someone’, which featured Brad Delp on vocals. However, masterfully edited and 80’s guitar-laced versions of Cosmo’s “Turn it Off”, “Cryin’” and “Stare Out Your Window” would ultimately appear on Corporate America as a massive departure from the rest of the songs on the disc.