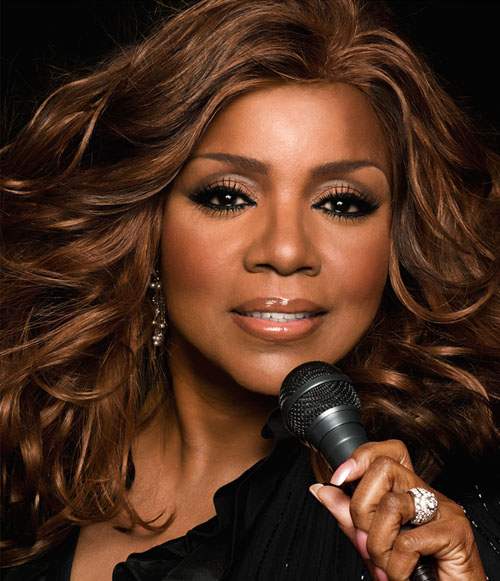 For those who weren’t there, it’s hard to imagine the impact of the arrival of disco. For a decade, it made New York City the center of the universe, the decadent, dazzling and glamorous palace of all the nightlife in the world. It became a whole new dancefloor culture with its own language and dress and for thousands, it was the only time they came to life.
Disco created a whole new heaven of stars, and the biggest of these was GLORIA GAYNOR. Lavish, luminous, a powerhouse performer, Gloria Gaynor exploded onto the scene with the first big disco hit, “Never Can Say Good-bye”.

It was the title track to her 1973 album, the first album of non-stop programmed dance music and this would pretty much change the face of the record industry. Gloria would later be listed in the 1982 World Book’ Encyclopedia as “Proponent of New Music”.
From that year up until 1981 she put out an album every year, and every one of them went top 40.

In 1975, she had been crowned Queen of the Discos, in front of thousands of adoring New York City fans. In 1978 came an album called “Love Tracks” which featured Gloria’s, and the era’s biggest dance hit, and the keynote song of a whole culture, the inspirational “I Will Survive”. This song resonated among defiant hearts around the world, selling fourteen million copies practically overnight. It turned Gloria into not only one of the biggest stars in the world – winning her the following year’s Grammy Award for Best Disco Record – but an icon. The song is still today one of the most requested songs of all time as well as the number one karaoke selection. It’s been recorded since then in some twenty or so languages, including Arabic, with queen of Paris nightlife Regine recording her own version and right now Gloria’s is number one in the charts in Australia after having been released from the soundtrack to the smash-hit movie shot there, “Priscilla, Queen Of The Desert”.
Gloria was now the undisputed superstar in a world fueled by money, sex and cocaine; her new realities began to collide with her quiet Baptist small town New Jersey upbringing. She began a quest for some spiritual solid ground: it took her through brief associations with Scientology, Buddhism, Catholicism, Transcendental Meditation and Jehovah’s Witnesses until she had completed a circle back to her beginning. In 1982, she became a born-again Christian.
In ’84 she came out with the terrific album, “I Am What I Am”, with a title song of passionate affirmation strong enough to musically reunite a culture scattered by the closing of the clubs and the pall that AIDS was now casting over city nightlife. For Gloria it would be another big hit.
Gloria had toured the world performing in some 75 countries, giving concerts before Princess Grace of Monaco and the families of President Carter and Sadat, among others, and now she began to spend a great deal of time in Europe, where her fans, particularly the French and the Italians, worshipped her. Between 1985 and 1990 she released some six albums in Italy, France and England, including “Gloria Gaynor ’90” which went gold in Italy. The albums increasingly reflected her own new music, including some self-penned and some gospel, but all would include the favorites her fans wouldn’t let die.
She continued to perform at major events. She headlined the very first East-West German reunification concert. She sang for Elisabeth Taylor’s AIDS benefits.
Then, something extraordinary. A huge seventies revival started in America; with it, disco, and with it, disco’s biggest star. Gloria appeared in the television spectacular, “Celebration Of The ’70s”, with renditions of “I Will Survive” and “Never Can Say Good-bye”, that showed she hadn’t lost one iota of her power or her luster.
Gaynor, who’d never gone away, was back!
We’re in the present. Two albums have just been released: in Europe, “Best Of Gloria Gaynor” is streaking up the charts. It includes a completely remixed version of “I Will Survive” and her own dynamic version of “Stop! In The Name Of Love”, which even Diana Ross fans are grudgingly conceding to be the better. Here, Radikal Records is putting out a 17-song double CD, “I’ll Be There”, which includes a great duet with Isaac Hayes on Barry White’s classic, “You Are My Everything”, along with some old, some new, some ballads and some gospel.
She’s in the final throes of writing her autobiography for Harper Collins/UK, called – what else? – “I Will Survive”.
< Experience this transformation with Gloria on her new globally released album on Logic Records/BMG, September 2002. Gloria Gaynor still lives in New Jersey with her husband of fifteen years. Though she never had children, she dotes on some thirty-nine nephews and nieces. She credits the happiness and stability she feels today to God's presence in her life; believes that her music is the tool He uses to pierce the flesh to get through to the spirit. Gloria Gaynor uplifts us all.