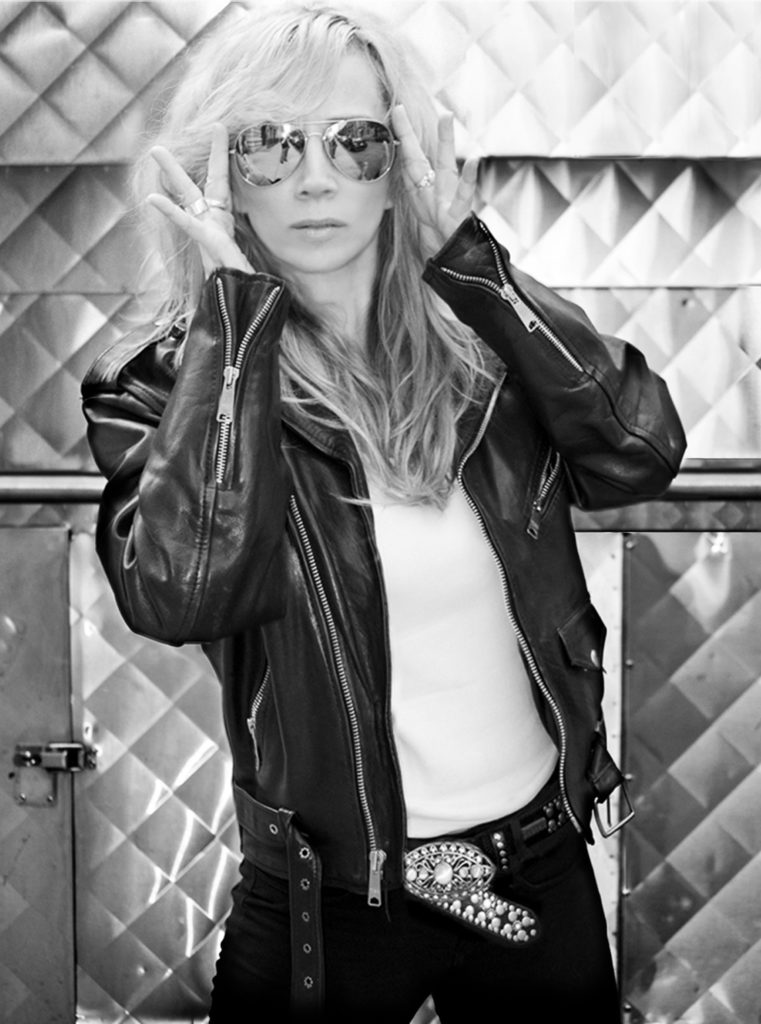 Hailed as Buffalo’s First Lady of Rock, JESSIE GALANTE has captivated audiences with her
powerhouse vocals and stunning stage presence. A voice that has been compared with the raw
power of Anastacia mixed with the soulfulness of Aretha Franklin, Jessie sings from the depths
of her soul, with vocals ranging from tender, sultry and sensual; to fierce, spine tingling, electric
with unbridled emotion. She was propelled to early success with the Buffalo band ACTOR, as
the region’s #1 female vocalist, receiving prolific radio play on the top stations. A move to LA
launched her to stardom with the band FIRE, gaining international appeal and regional acclaim
with their music produced by MICHAEL WAGENER. Galante was described by MUSIC
CONNECTION MAGAZINE as, “Arguably one of the hottest front women LA has to offer.” In the
late ‘90s, Jessie concentrated on her solo career, collaborating with multiplatinum award
winning engineer/producer LARRY SWIST. They married and moved to Europe to expand their
dynamic careers with Jessie performing for international audiences as the headliner of festivals
and concert venues sharing the stage with renowned national acts. Living in Europe in 2012 –
2013, building on the successful tour of her CD titled “SPITFIRE” Jessie and Larry fueled their
creative passion into their last CD together titled “THE SHOW MUST GO ON.”

In 2013, life took a devastating turn, with the passing of her beloved Larry. Out of her period of
darkness Jessie rose from her grief to finish their joint collaboration when the “The Show Must
Go On” was released on TANZAN MUSIC, Italy. ROB EVANS of POWERPLAY ROCK
MAGAZINE (UK), praised it as “…a hard-hitting, punchy affair that sees Galante sounding
uncannily similar to Anastacia. This is one of the finest vocal performances I’ve heard on an
album this year; this girl simply oozes soul and power.”

Her inspiration continued with a moving orchestral version of “NIGHTS IN WHITE
SATIN” (2019). Visually stunning, the scenes move like a hauntingly beautiful dream, through
the historic landmarks of their hometown with Jessie’s voice telling a riveting story: an emotional
serenade to her beloved, an ode to her grief, and a reconciliation of the power of enduring love.
Between touring internationally, Jessie continues to be a fiery force in Buffalo’s music scene,
spearheading several initiatives. She is the co-host of the annual Christmas concert for the
MOB (MUSICIANS OF BUFFALO ), co-founded by longtime friends BILLY SHEEHAN and
BOBBY LEBEL in partnership with MUSIC IS ART—founded by ROBBY TAKAC (GOO GOO
DOLLS). Currently, Jessie, Billy Sheehan and Bobby Lebel are in studio for an album release in
2022.

Jessie has collaborated as lyricist for an album for the band KLEE PROJECT from Rome, Italy
and continues to co-write with various artists. In July 2021, she released the re-mastered
version of her CD titled “Spitfire” inspired by the current state of the world. Jessie explains,
“With all the losses we’ve been through by the events of the past year, I feel it’s a meaningful
time to re-release this commemorative album. Re-mastered by Stefan Heger, “Spitfire” packs a
punch. We all know music is therapeutic and healing and I believe the songs on “Spitfire” have
that power. As an artist, I hope to help the world heal and feel a little better!”

Jessie’s big voice is her trademark: a consortium of pure strength, gorgeous fragility,
inspirational vocal gymnastics and total control. She is currently planning on European dates for
2022 where Jessie shares: “My passionate musical journey continues, just like Larry always
encouraged, “The Show Must Go On” and his love for life and music lives strong with every beat
of my heart…”