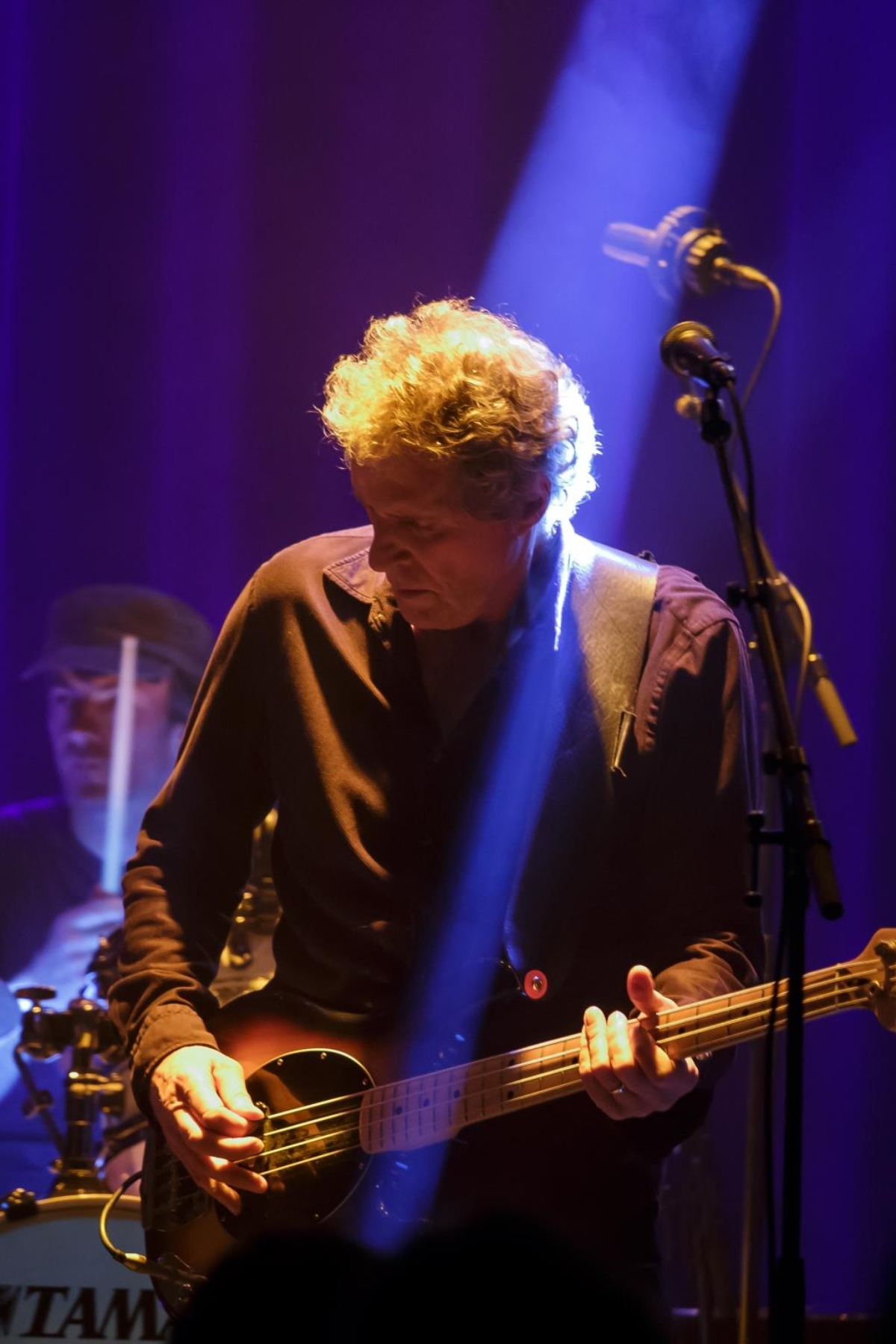 from the Dire Straits

Throughout it all, John and Mark were the only founding members to remain in the line up of Dire Straits right through from 1977 until they decided to call it a day in 1995. They still remain close friends and recently produced a programme “Guitar Stories” for Sky Arts.

During their time together as Dire Straits they sold over 120 million albums and toured extensively across the world. When Dire Straits took a couple of well earned breaks John released two albums; Never Told a Soul (1984) and Glass(1988). Both featured Mark Knopfler as a guest musician.

John happened upon the Irish band Cunla in a Leicestershire pub in March 2005. He appeared with them on several occasions, most notably on 23 September 2006 at Cathedrale d’Image in Les Baux de Provence, France. The performance was recorded and subsequently released as an album, Live in Les Baux, in 2007.

In October 2008 John released Beautiful You, an album with Greg Pearle from Cunla and followed the release with a a short tour of Ireland. May 2010 saw the release of Streets of Heaven, with appearances from Mark Knopfler and a host of other musicians. The album was recorded at British Grove studios and produced by John and Guy Fletcher.

John signed Native Roses to his label, Creek Publishing, in February 2011. He produced their debut album alongside Guy Fletcher between December 2011 and July 2012.

When Dire Straits finished touring in 1993 John  became heavily involved in the Art world. Having carved a reputation for himself as a painter, John had solo exhibitions in London, New York, Sydney and across Europe. He also co-founded the children’s charity Life Education in 1987 which recently was integrated into Coram, one of the oldest UK charities.

John also owns a pub, the East End Arms in the New Forest.