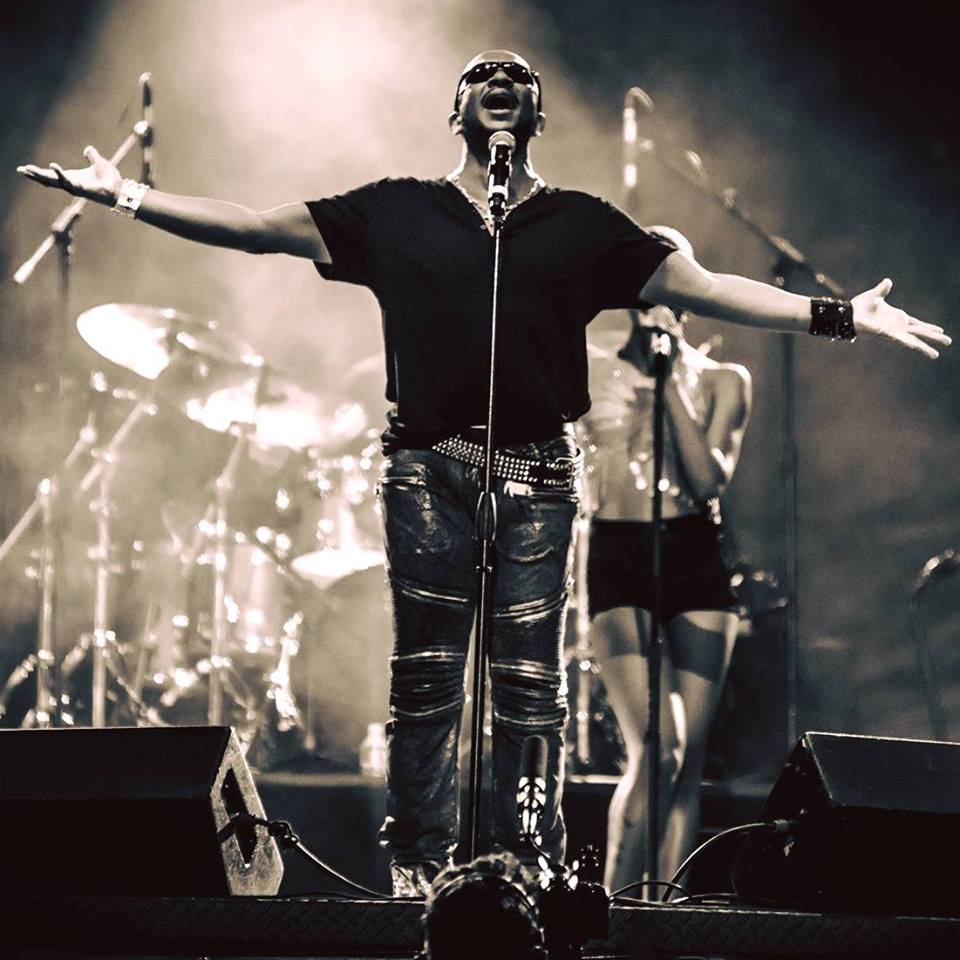 The legendary voice of Kool & the Gang

2018 Songwriters Hall of Fame Inductee, Multi-American Music Awards, Grammy Nominated Singer/Songwriter James JT Taylor:
JT’s vocal talents were discovered at the age of seven while singing in his church choir, rapidly inspiring praise for him throughout his neighborhood. At the age of thirteen, JT formed his first band, gaining tri-state recognition with an appearance at the world famous Apollo Theater. During his time as a high school track star, he advanced in his artistry and newfound capacity for songwriting to the point that he began to receive considerable attention from record companies. Although enthused by their offers, the virtue of knowledge instilled by his treasured mother led him to pursue school as the primary priority.
His decisions would lead him to accept a scholarship from Norfolk State University. After two years, JT’s heart impelled him to pursue his dream. He began to sing full-time in a variety of bands, which helped him widen his appreciation for Jazz, R&B, Rock, Gospel, Country and Classical music.
Ultimately, he was called on to audition for K&TheG. Only two weeks later, he was performing his concert debut as the group’s lead vocalist. Following this success, that same year, JT became an official member of the band. This cemented a team that also included Grammy Award-winning producer Eumir Deodato, who brought the unique sound and style to the group that led to their worldwide acclaim.
JT’s additions of both a unique vocal style and an ever-growing sophistication as a songwriter made an instant impact that would continue for his entire time with the band. His first LP with K&TheG, “Ladies Night,” spawned two #1 R&B and Pop hits, “Ladies Night” and “Too Hot”. This LP was the beginning of resurgence for the band, resulting in an unprecedented decade of musical creativity and innovation and hit-making success.

After a decade of hits, JT departed K&TheG in 1989 to pursue a solo career and didn’t miss a step. His first release, “All I Want Is Forever,” a duet with Regina Belle, was a #1 hit. It was written by Grammy Award-winning songwriter Diane Warren and produced by Narada Michael Walden. “All I Want Is Forever” was also the title track for the movie “Tap” starring Sammy Davis Jr. and Gregory Hines.

After signing with
MCA/Universal for his 1st solo album, “Master of the Game,” JT rekindled a key element that made him the visionary artist he had become, working and collaborating with artists. Out of the box he connected with Quincy Jones and Rod Temperton and recorded with Jeff Lorber and Paul Jackson Jr.

JT’s reputation and record as a pioneering artist, songwriter led him to collaborate with many top artists, musicians, producers, and organizations, such as Whitney Houston, Patti Austin, George Benson, Stephanie Mill, Paulino Decasta, Tata Vega, Rose Stone, Phil Perry, Richard Rudolph, Bobby Caldwell, Coolio, the late-Jeff Porcaro of Toto, The Brecker Bros., and Bob Geldof for “Do They Know It’s Christmas.” He also performed with various artists including Jodie Watley, Sting, Bono, Phil Collins, George Michael, and Boy George. Performances at the Grammy Awards and American Music Awards, Presidential Inaugurations, and Super Bowls are some of the ultimate experiences he remains humbled to be apart of.

After the release of his first album, JT’s solo career was set in motion and sparked the hit “Promise Land,” which appeared on the platinum soundtrack for “Ghostbusters II”. While touring and working on music for his second LP, JT took his talents to London, England to work with producer Simon Law. What resulted was the “Feel the Need” album, garnering a top ten single, “Long Hot Summer Night.” JT continued to stay true to his European and Far East fans, having built up worldwide success, which causing the album to become a popular club hit.

JT’s loyalty to his colleagues, reliability as a businessman, and continued faith in music are just a few of the tools used as the driving force for greater achievements. He is well respected by business associates in every realm of the music industry. Though a proven competitive and dedicated artist throughout his career and busy schedule, he finds time for his fans, supporting various charities, schools, colleges, and most of all his family & friends. JT continues to work with and encourage writers, musicians, performers, and, especially, young artists to be innovative, original, and to express one’s own talent.
JT’s global success continues to stay current and relevant with his outstanding live concerts and world tours. Similarly, because of mega hits like “Celebration,” his voice remains one of the most recognized and heard voices at sporting games and events for the NFL, NBA, MLB, the Olympics, and more. Further events where JT’s presence can be felt are weddings, family gatherings, parties, and essentially any place people are gathered to have a good time.
Where the studio gives birth to a song, the performance lives on stage, which is where JT excels. His respect for the music and his fans charges him to be a fierce, dedicated bandleader motivated to produce a dynamic live concert incorporating great vocals, musicianship, choreography, costume changes, and a touch of theater. One of many sentiments from JT’s fans is that his, “…concert is entertaining, fun, and fulfilling.”
As a tireless, prolific songwriter, he constantly presents new music to his fans online, also incorporating it into his concerts.
Always grasping fertile ground, growing musically and spiritually, and becoming a better person, JT` sends a simple, powerful message to his fans and all people…
“LUV2UALL”