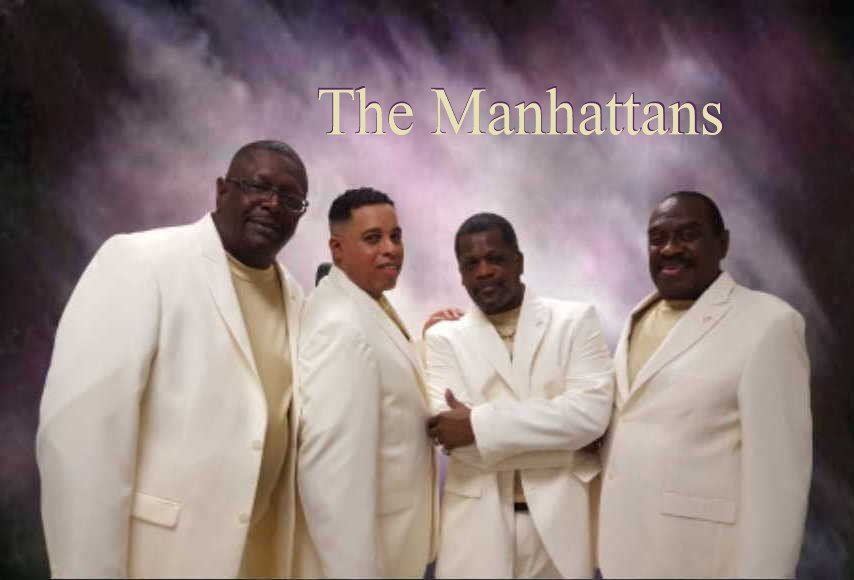 The Manhattans: Spanning four decades of hits songs such as “Shining Star” this group is amazingly affordable and will give audiences many moments to remember! Celebrity Direct Entertainment is proud to present The Manhattans of Sonny Bivins legacy! In 1990, original Manhattans member Sonny Bivins added Charles Hardy, Harsey Hemphill and Alvin Pazant to Roger Harris and himself. 31 years later the 2 remaining members from that line up, Charles and Harsey, still perform with new members Keni Jackson (replacing Lee Williams who retired in 2015) and Kirk Hill Jr (replacing Alvin Pazant who retired in 2020). These 4 Gentleman are continuing the legacy of the Manhattans, for now and the future. Due to a court order, a settlement was made between the Bivins Family, and the 2 groups performing under the name MANHATTANS; An IDENTIFYING mark has to be used, so the public knows which group of Manhattans they are purchasing a ticket to see. As Mr. Edward Sonny Bivins was the founder of The Manhattans in 1962, and that this group is directly descended from the original… we are proud to identify with this continuous legacy! Mr. Bivins passed away in 2014, but his name and legacy will carry on. This is the group that has performed on the 70s Soul Jam Tours, as well as performing all over the USA, UK, South Korea and through the Caribbean Islands. With the blessings of Mark Bivins, Pamela Bivins Jordan, Douglas Bivins, and Mrs. Amy Bivins, The Manhattans of Sonny Bivins, will continue the legacy forever more.