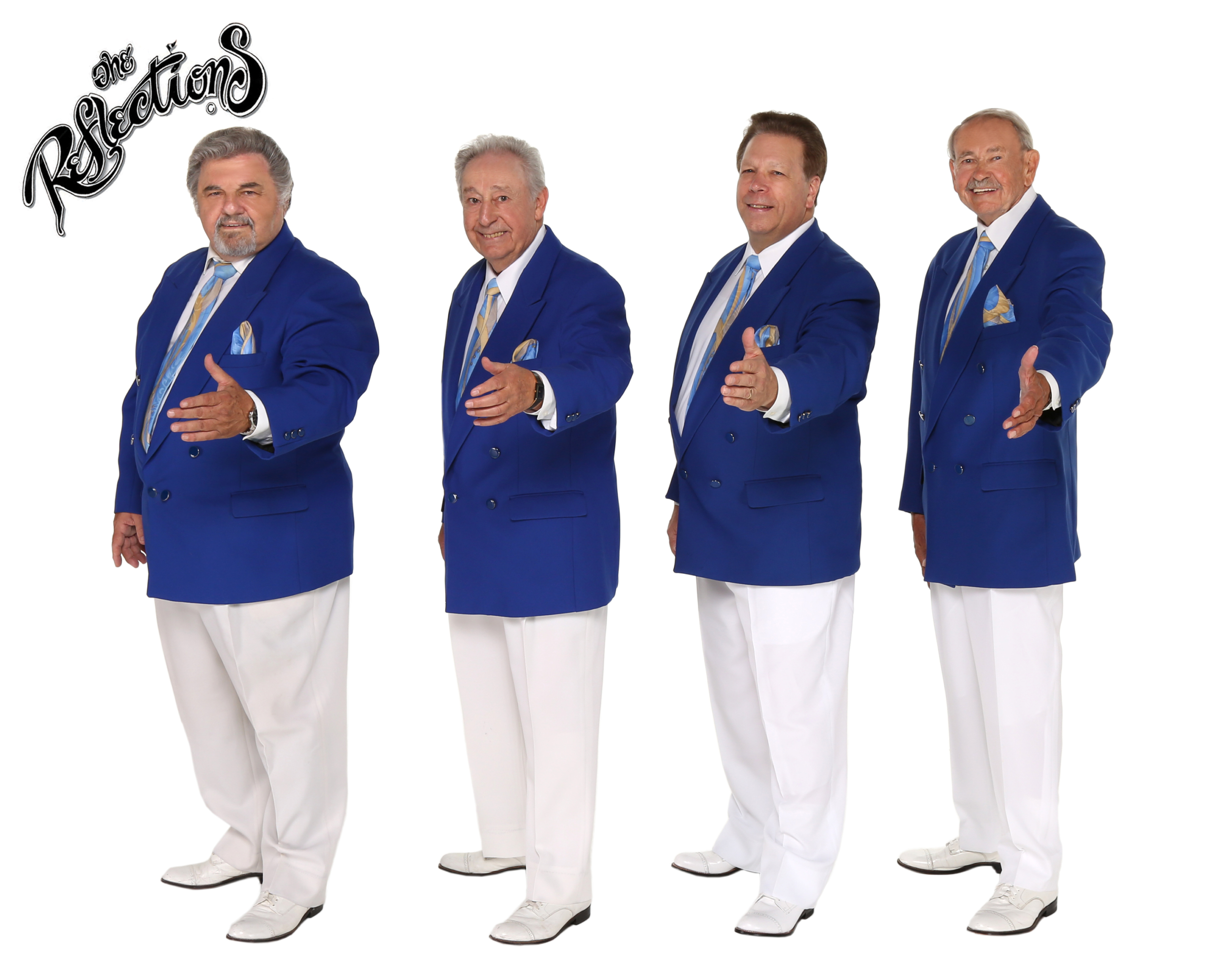 The Reflections:  Still featuring their original lead singer, Tony Micale (original lead singer of their hits), The Reflections originally formed in 1956 – and became most well-known for their blockbuster 1964 hit, “Just Like Romeo & Juliet.” Starting out as The Parisians, these high school friends passed the time singing in the halls of school and on street corners around Detroit. A couple of years, a couple of name changes, a couple record labels, and a couple of non-charting recordings later, they ended up as The Reflections under contract to Golden World Records.

In 1964 their first Golden World release “Just Like Romeo and Juliet” made history by elbowing its way to Billboard’s #1 R&B and #6 Pop in an era where the British invasion was dominating both the charts and the airwaves, leaving no room for American acts. They followed “Romeo and Juliet” up with several top 40 hits in quick succession; “Poor Man’s Son”, “Shabby Little Hut”, and “Like Columbus Did”. 1964 also brought an appearance on American Bandstand, a 38 state tour on the Dick Clark Caravan of Stars, and 10 days at the famed Apollo Theater in Harlem, making them one of the few white acts to perform there at the time.

1965 brought more appearances on American Bandstand, a multi-state tour with the “Godfather Of Soul” James Brown, a 28 state tour with The Dick Clark Caravan Of Stars, and a trip to Hollywood to appear in the movie “Winter A-Go-Go”.

Subsequent years were packed with appearances on TV shows such as Hulabaloo, Shindig, The Mike Douglas Show and others, performances across the country live on stage with some of the greatest names in Rock & Roll history, and numerous recordings.

The reason The Reflections have been able to stay so active throughout the decades is because of their tremendous vocal ability. Terry Stewart, President of the Rock & Roll Hall Of Fame put it best when he said “These guys could sing the phone book and bring the house down”.