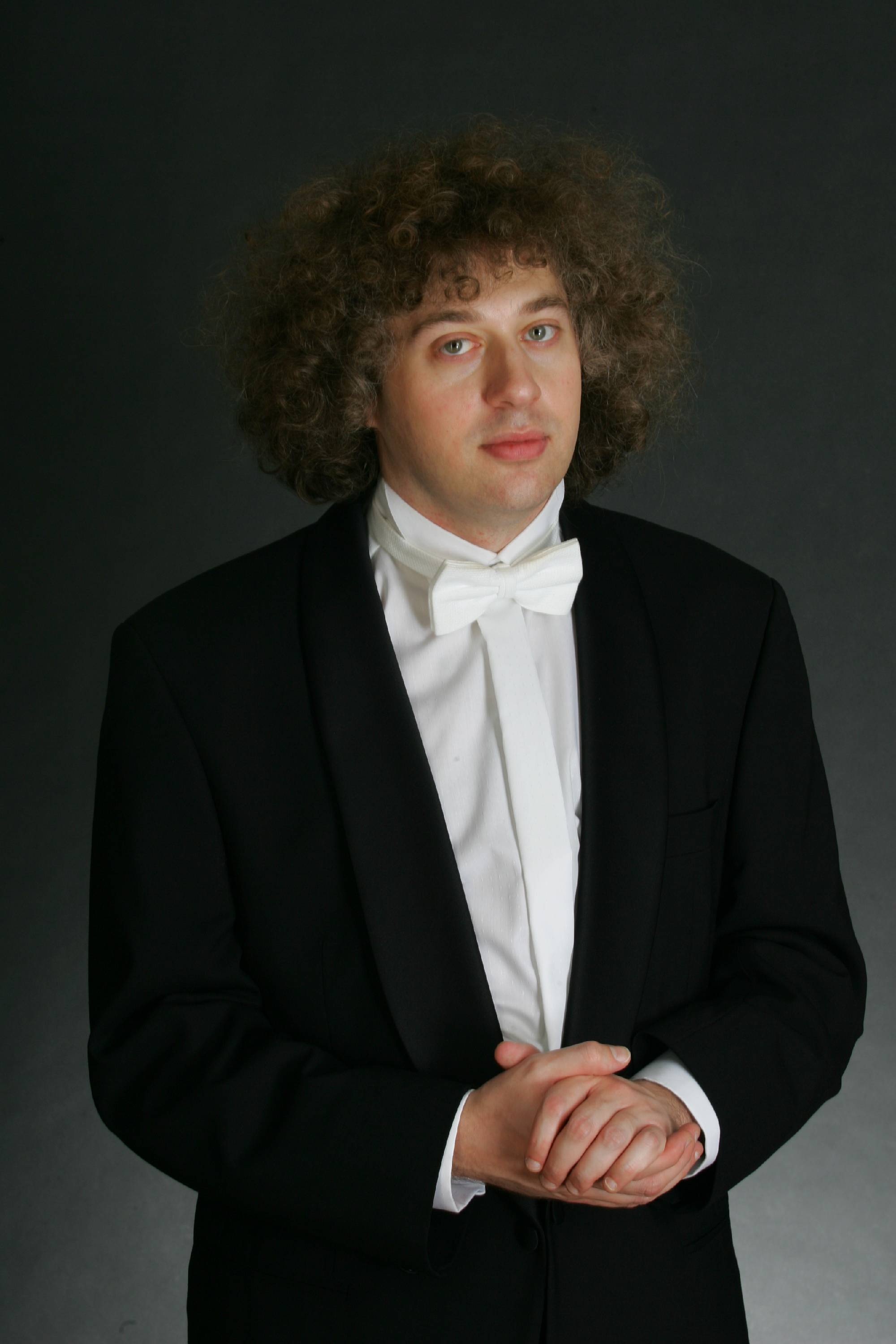 They write about him the following: “The true successor of Liszt” (“Europa-Express”), “Extraordinary and splendid” (“Baleares”), “Virtuoso and an authentic Musician” (“Rheinische Post”), “The pianist of world class”, “A congenial performer” (“Lübecker Nachrichten”), “Russian pianist is magnificent” (“The Reader”), “Mogilevsky on the way to become a great pianist” (“West-Deutsche Rundfunk”).
Critics and listeners always celebrated individuality and fresh interpretations of Vladimir Mogilevsky its absolute otherness of others and always having his personal opinion and a new interpretation of what would seem to have long been known and disclosed.
Mogilevsky is an exceptionally versatile artist with a repertoire from Bach to contemporary music. His concert programs highlighted the lack of screen printing and freshness. They always present an interesting concept and idea. Always on the search for worthwhile rarities, Mogilevsky plays not only the typical classical standard repertoire, but brings unknown works of the great composers to new life.

Vladimir Mogilevsky was born in Moscow. The Gnessin Music School discovered his exceptional talent when he was only five. At the age of only eight, at prestigious festivals in Moscow, he played pieces written specially for him by considerable composers. He keeps up this tradition, and he receives works from well-known composers from all over the world. He finished his studies at the Gnessin Music Academy with the highest honours as a concert pianist. Since 1995 he lives in Germany.
Mogilevsky has won prizes at numerous international festivals and competitions. Among others, at the International Piano Competition in Porto he won Second Prize as well as the Special Prize “for the best interpretation of a Beethoven Sonata”. After his triumph in Porto, he made his debuts in the most prestigious halls in Germany, nearly every European country, México, Israel, Turkey and in South Africa.

Mogilevsky is also very much in demand as a chamber musician. His partners include Matt Haimowitz (cello), and also Vadim Repin (violin). His recital with Vadim Repin during the Ohrid International Summer Festival in 1998 was awarded the Grand Prize “for the best festival concert” by the jury.

Because of his greatest success at the Liszt Piano Festival in Bonn, in 2002 Mogilevsky was invited to give five concerts in the house of Franz Liszt in Weimar, on Liszt’s own Bechstein Grand, after which Mogilevsky was warmly welcomed and praised his interpretations by the composer’s great-granddaughter.

After outstanding success of his Solo Debut Recital in the Berlin Philharmonie in January 2004, Mogilevsky can be heard often in the Philharmonie of Berlin, the Great Hall of Berlin Konzerthaus.

Apart from his concert activities, Mogilevsky frequently plays for radio and television. On television, his Liszt Recital and a two-part Beethoven Recital, furthermore the Solo Recital in Mexico and a two-part Duo Recital with Vadim Repin (Sonatas by Mozart, Ravel, Grieg and pieces by Khrennikov) have been broadcast many times. His live concert on the radio station Deutsche Welle has frequently been re-broadcast world-wide and a CD of it has been issued. His CD One day in the studio, has been played on West Deutsche Rundfunk. Vladimir’s actual CD has been recorded on 12 historic pianos, including on which played Mozart and Beethoven. Pianist, in addition, gave a concert at the historic Beethoven piano that was an event in the cultural life.

At the request of Michel Morales Escobar, winner of an Oscar in the Short Films Category, Mogilevsky played for a Music Video – “A Dream in Venice”. This was shot in Venice, with Mogilevsky playing Liszt’s Liebestraum as well as acting.

With his performances Vladimir Mogilevsky on the occasion of several events has inspired important personalities from the national and international politics, economy and culture. His interpretations have aroused enthusiasm for persons as President of Germany Johannes Rau, Chancellor of Germany Gerhard Schröder, Vice Chancellor and Foreign Minister of Germany Klaus Kinkel, Vice Premier of the Government of the Russian Federation Dmitri Rogosin.

Apart from concerts, Vladimir Mogilevsky also gives master classes around the world, is a member of juries of competitions. He is interested in jazz, improvises and composes his own music. Legendary Oscar Peterson, with whom Vladimir met and to whom dedicated several of his works, praised the music of Mogilevsky, personally placing these works in his (Oscar Peterson‘s) archive in the National Library of Canada in 1997.

Vladimir Mogilevsky is the official and exclusive Steinway & Sons Artist.

In December 2004 in Berlin Vladimir Mogilevsky was awarded the International Prize “for the Outstanding Achievements in Musical Culture”.